The History of EDTA Chelation…Story of True Medical Progress

American medicine has produced life-saving therapies, and the early history of EDTA chelation therapy is a story that must be known. Although EDTA was used many years before, it wasn’t until the 1940s that it was introduced into the medical arena. Starting in World War 1, Professor R.A. Peters and his associates at Oxford University used a chelating compound called BAL (British Anti-Lewisite) to make arsenic from poison gases less harmful.

1947
Martin Rubin, Ph.D., of Georgetown University collaborated with a graduate student named Peter Weiss. It turned out to be a strategic alliance and the Berswerth Chemical Company provided research grant money to Georgetown University so that they could study EDTA’s ability to chelate calcium.

1949
The first medicinal use of EDTA was introduced by Charles Geschickter, M.D., a clinical colleague of Rubin, at Georgetown University in Washington. They administered nickel-EDTA to a breast cancer patient without causing beneficial or harmful effects. They subsequently observed that the nickel-EDTA compound was eliminated via the urine, unchanged: not conclusively beneficial, but not harmful either.

1950’s
In the early 1950s, interest and research in the medicinal use of chelation soared. A group of Michigan factory workers poisoned by lead batteries and U.S. sailors painting ships and other facilities with lead paint were successfully chelated with EDTA. By the mid-1950s chelation was recognized as the premier treatment for lead poisoning in both children and adults.

1950’s
EDTA chelation in treating heart disease was introduced by Norman E. Clarke Sr., M.D., F.A.C.C., a renowned cardiologist and chief of research at the Providence Hospital in Detroit, Michigan. He theorized that because EDTA binds calcium, it might eliminate calcium deposits from inside blood vessels. Even though Dr. Clarke and his colleagues were the first to test his hypothesis through clinical studies on patients with heart disease, he later realized that chelation’s primary benefit was in binding heavy metals that damage body tissues.

1960
Dr. Albert J. Boyle and Dr. Gordon B. Myers, professor of medicine, both of Wayne State University in Detroit, helped Dr. Clarke conduct early research on patients with coronary disease. They worked with the worst cases and brought them back to health. After chelation therapy, individuals suffering from advanced atherosclerotic cardiovascular ailments enjoyed improved skin color, normal circulation in their extremities, improved muscular coordination and brain function, improved exercise tolerance, and a reduced need for nitroglycerine and pain relievers. These results were published in peer-reviewed scientific journals.

1964
Alfred Soffer, M.D., associate in medicine at Northwestern University Medical School and former director of the Cardiopulmonary Laboratory of Rochester, New York, published his book “Chelation Therapy.” ln it, he pointed out that patients suffering from peripheral vascular disease, especially those with diabetes, seemed to benefit from regular EDTA chelation therapy.

Dr. Clarke witnessed these miraculous recoveries and observed that, after chelation therapy, previously metal-contaminated tissues resumed normal function. He continued to be an avid proponent of chelation therapy and was largely responsible for generating scientific interest and keeping it alive during the first 20 years of its use. Dr. Clarke lived to be 92 years of age with a sharp mind and sustained interest in chelation therapy. Other doctors, realizing the merits of chelation therapy, had begun extensive clinical treatment programs in private hospitals. One such physician was H. Ray Evers, M.D. He and his staff administered chelation therapy to 3,000 patients over a six-year period at Columbia General Hospital. Dr. Evers observed that “from our experience in treating .patients with varying degrees of calcinosis (arteriosclerosis, atherosclerosis, etc.), we will unequivocably state that it is our opinion that every patient with this disease in any part of the body should be given a therapeutic trial before any type of vascular surgery is performed.

He also noted: “We find.in all cases of angina, characterized by the patient having no need for vasodilators after about the fifth infusion.and that ninety-one percent of these problems in the lower extremities make significant gains, including regaining ability to walk long distances comfortably, freedom from claudication, and evidence of improved distal circulation.”

In his book Bypassing Bypass Surgery, Elmer M. Cranton, M.D., reports that “Dr. Casdorph, utilizing sophisticated new noninvasive radioactive isotopes, demonstrated a statistically significant improvement of heart function and a highly significant increase in blood flow to the brain in patients with atherosclerosis. Precise measurements of cardiac injection fraction (the percentage of blood pumped from the large chamber of the heart with each contraction) were determined before and after chelation therapy. Similar isotope techniques were used to confirm increased blood flow in carotid arteries and in the brain itself following chelation. The statistical probability that measured improvement could have been due to pure chance was less than one in ten thousand.”

Other professionals engaged in similar studies included Drs. E. W. McDonagh, C.J. Randolph, and E. Cheraskin. The protocol consisted of measuring blood flow before and after EDTA chelation therapy, using the individual patients as their own controls. Dr. E.W. McDonagh and his colleagues used a unique brain blood flow study. They varied pressure on the eyeball to measure pressure of blood flow to the anterior of the eye. This is a valid test because the artery that promotes blood flow to the eye is connected to the carotid artery to the brain and blood pressure/flow within the eye corresponds to that in the brain. Again, patients were used as their own controls, and their blood pressure flow measurements were taken before and after EDTA administration. Results were very impressive.

It is important to note that these two studies, performed independently of each other, followed scientific protocol and supported the effectiveness of chelation therapy. Scientists find more credence in studies when their results are independently validated by separate facilities and researchers.

In 1978, Dr. Evers, mentioned earlier was pulled into a legal battle to uphold the validation of chelation therapy. He won a court case that supported a doctor’s right to use a drug approved for one condition by the FDA to treat another condition for which its used has not been approved. An excerpt from the docket (United States vs. Evers, 453 F. Supp. 141 Cal.Rptr 764, 774). 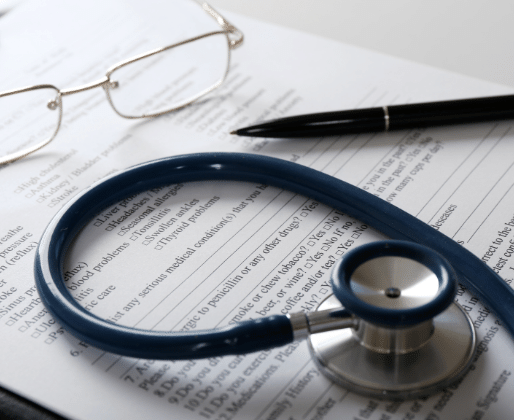 Then, in 1978 the court ruled in favor of Dr. Evers, stating that;
“To require prior State approval before advising – prescribing – administering – a new treatment modality for an informed consenting patient is to suppress innovation by the person best qualified to make medical progress. The treating doctor, the clinician, is at the cutting edge of medical knowledge. The mention of a requirement that licensed doctors must prescribe, treat, ‘within State sanctioned alternatives’ raises the spectre of medical stagnation at the best, statism, paternalist big brother at worst. It is by the alternatives to orthodoxy that medical progress has been made. A free, progressive society has an enormous stake in recognising and protecting this right of the physician. Irrespective of the strange medical school of thought that chelation has not been clinically shown to help arteriosclerosis, the weight of the evidence submitted to this court is to the contrary.”

1979
“Experimentation and usage of EDTA chelation therapy has resulted in the development of techniques for the successful treatment of the catastrophic effects of atherosclerosis involving coronary artery disease, stroke, senility, early gangrene, essential hypertension, peripheral vascular occlusive disease, asteaarthritis, and related disarders.Clinical studies have consistently shown a definite improvement in the circulation of the patient as evidenced by improvement in skin color, improvement of arterial pulsation in the feet, return of normal temperature to the feet, regaining ability to walk long distances comfortably, elimination of anginal pain, improved brain function and impravement af muscle caardinatian. Chelatian therapy generally results in a significant improvement in coronary circulation, in most cases to the extent that the patient no longer requires the use af nitraglycerin ar similar drugs.ln a large number of cases, chelation therapy has been found to improve kidney function, decrease the amount of insulin required by diabetics, and produce significant improvement in arthritis and same cases af Parkinsan’s disease.”

A Clinical Cancer Study in Switzerland

1980
Revealed a 90 percent reduction in cancer in a group of 59 chelation patients (compared to 231 control patients) that were monitored over a 10-year period. The researchers contacted the patients again in 1989 and found that only 1 of the 59 treated patients had died of cancer, compared to 30 of the 172 control subjects who had died of the disease. In that same year, Robert J. Rogers, M.D. won a Florida Court case upholding his right to administer chelation therapy for cardiovascular disease. The Supreme Court of Florida ruled that:

“We affirm the result of the district court’s decision because, under the particular facts of this case, it appears that the action of the Board of Medical Examiners restraining Dr. Rogers from further utilisation of chelation treatment was an arbitrary and unreasonable exercise of the state’s police pawer.The Board’s findings do not support a conclusion of quackery.”

1993
In a Danish study, 65 patients waiting for bypass surgery for six months were treated with chelation therapy. Eighty-nine percent of these patients improved to the point that they canceled their surgery. In 27 patients, 24 affected limbs were saved from amputation.

The report, “Historical Perspectives on the Development of Chelation Therapies,” states:

“Of 92 patients referred for surgical intervention, only 10 required surgery after or during their treatment period with chelation therapy. The savings amounted to $3,000,000 in insurance benefits. The study spanned a period of six years, with no severe side effects or deaths arising from the treatment. The authors concluded that EDTA chelation therapy is safe, effective, and cost-saving.

“L. Terry Chapell, in a letter to the editor of the Journal of Advancement in Medicine, noted that if similar results were obtained in the United States of America, in 1992 alone, 363,000 of 407,000 coronary artery bypasses would have been avoided and 102,000 limbs would have been saved with treatment by chelation therapy. The direct cost savings, in 1992 alone, could have been as much as $8,000,000,000. The only plausible explanations far Hancke’s positive data are that not all surgery is necessary or that the EDTA treatment is highly effective-or both.”